Doctor Who fans will be switching to Amazon Prime in droves this spring.

BBC's legendary Time Lord disappeared from Netflix and Hulu earlier this year, and for a few weeks, a dark cloud descended over the Doctor Who fandom. We tried pointing our sonic screwdrivers at the computer screen to work a little wibbly-wobbly timey-wimey magic, but our efforts were all in vein. Or they were until Amazon Prime announced its newest acquisition at the end of February.

The streaming giant has now confirmed that seasons 1-8 (Christmas specials included) will be available to stream on March 27. Season 9 and The Husbands of River Song will The site better erect a TARDIS only parking zone because it's about to get a heck of a lot more traffic from the sci-fi community.

So, what do you need to do to get your hands of Nine (Christopher Eccleston), Ten (David Tennant), Eleven (Matt Smith), and Twelve's (Peter Capaldi) adventures? Once you become an Amazon Prime Video member, you can stream all the NuWho goodness via the Amazon Prime app, website, or Amazon Fire TV.

Unfortunately, those fans anxiously waiting season 10 will have quite a long hiatus in front of them. December will play host to the 2016 Christmas special, but season 10 - complete with showrunner Steven Moffat's last hurrah - won't hit the air until 2017.

"I have decided to schedule Steven's big finale series in Spring 2017 to bring the nation together for what will be a huge event on the channel," BBC1 Controller Charlotte Moore told Radio Times. "2016 is spoilt with national moments including the Euros and Olympics and I want to hold something big back for 2017 - I promise it will be worth the wait!"

Will you grab a Amazon Prime subscription just for Doctor Who? Sound off in the poll below!

Click the video below to see a preview for the series' latest episode. 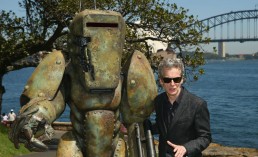 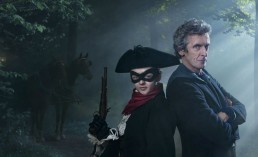