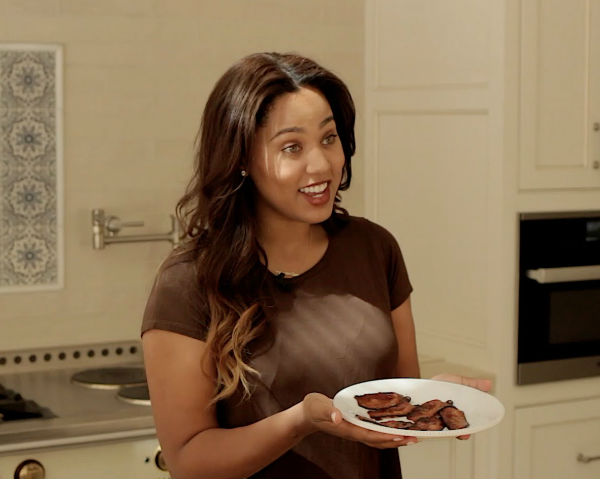 Ayesha Curry is known as Stephen Curry's wife, as well as the mom of the adorable Riley Curry. Now, she is known as a star in her own right. The NBA champion's better half is cashing in on her moment with a fab new gig.

Food Network announced on Thursday that Ayesha will join their troop of celebrity chefs with her own new cooking show. The series, tentatively titled At Home With Ayesha, doesn't have a premiere date yet.

Ayesha's culinary skills are well-documented on her YouTube channel and she even has a cookbook due out in the next few months. The new cooking show seems like the perfect extension of her brand. Frequent appearances from her daughters Riley and Ryan is not so bad as well!

Watch Ayesha make brown sugar bacon in the video below: