Paris Hilton is known for her love for animals and she continues to love her "Royal Dandy," even though she turned out to be a fat 6-Year-old micro-piglet. The blonde bombshell took to Twitter sharing old images from the year 2010 and 2011 cuddling her piglet over her bed and feeding her in the backyard.

"Princess Piggelette the pig!", she captioned the picture on Sunday over a post on her social media platform.

Fans on seeing Paris with her princess gave their best opinions on her companion. "You'll never be able to lose that in your home under the sofa... ;-) haha! And never cook a full English breakfast!!!! lol," said a fan.

"OH !! Paris that pig is in hog heaven" posted another in response to the picture.

Even though Paris is known to have an affliction for dogs, pigs were something that caught her attention for a while and many more celebrities like her took to petting micro-pigs which became popular after Glitzy, a pig that was in the spotlight with its appearance on TV in early 2000. Here are some of the celebrities who made these animals feel like a prince and princesses after Hilton.

Actor George Clooney with his pig Max, who lived with him for 18 years.

The Transformers actress Megan Fox with Piggie smalls in 2012

Actor Kevin Schmidt with his piggy playmate Yuma in 2012 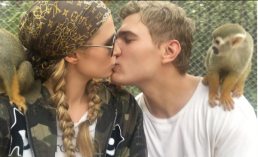 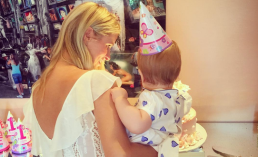 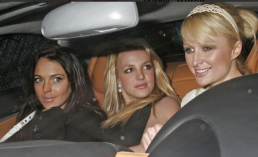