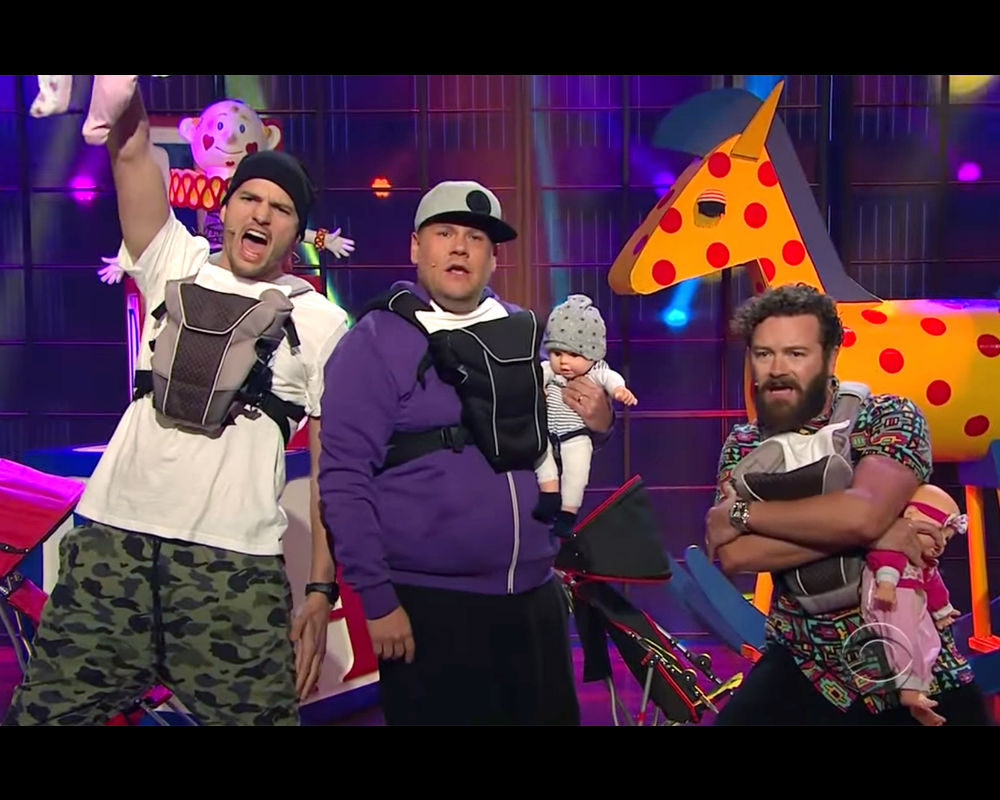 James Corden explained Wednesday that not all is lost when boy bands go through their inevitable transitions. "Boy bands: They don't go away; they grow up, and they start families and ultimately they become dads," he explained on The Late Late Show. "They're not boy bands, they're dad bands."

A dad himself, Corden decided to recruit two other fathers to start a dad band. Starring Ashton Kutcher, Danny Masterson and Corden, The Puff Daddies performed their first single on the late night show, titled, "I'm a Dad." Walking on stage with their best dad outfits—think hoodies, MC Hammer pants and Baby Björns—the trio kicked off their first and only song.

"I don't play games except for pee-a-boo / When I talk about my baby girl I don't mean you," Kutcher crooned.

Pushing strollers around the stage, the trio continued to sing about fatherhood woes, including not knowing songs, goofy dance moves and staying up all night long. "My kid hates bedtime and wakes up at dawn / So all I need is you girl and a lot more sleep / Just hold my hand when we cross the street," Corden and Masterson sang.