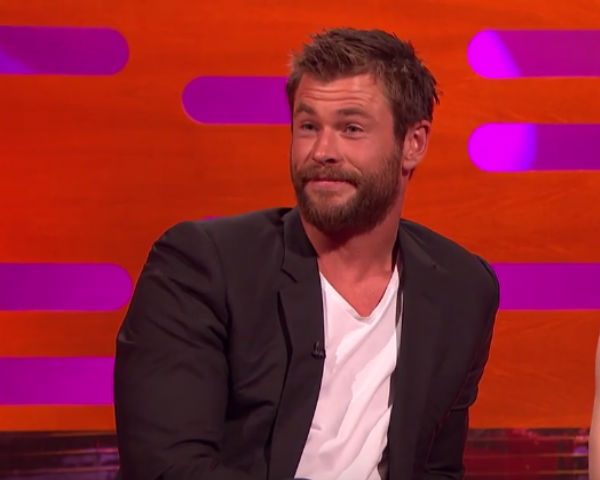 Chris Hemsworth smiles while telling a joke on The Graham Norton Show on Thursday night, Mar. 31.

The 32-year-old star stopped by the show, where host Graham Norton asked him about getting recognized in the streets.

Chris explained that fans love to come up to him and tell him Thor jokes, most of which he’s heard many times before.

He shares, “They come and tell me Thor jokes, like Thor spends the night with this woman and the next morning he says ‘I have to tell you who I am…I’m Thor,’ and she says ‘You’re thor? I can hardly walk!’”