Is there any hope left for Klaus and Caroline with the whole mix of The Vampire Diaries and The Originals?

With the crossover episode that previously aired, there's been speculation on the future for Klaus and Caroline after that phone call. And while it might seem there might be a glimmer of hope lying ahead in their romance, it also seems like it might be a done deal.

On Sunday, TV Line posted an interview with executive producer Michael Narducci who mentioned that the conversation between those two characters might be a way of saying that they'll go their separate ways from here.

"I don't want to speak for what they're doing on [The Vampire Diaries], but it certainly seemed like Klaus was saying to Caroline that he would always care for her and respect her, but that he understood she had moved on," Narducci said. "I know there are fans that want that relationship to continue, so I'm sure there are people who will read this and howl and be angry; I can't fault them for their passion."

There's also the tense relationship between Klaus and Stefan since nothing really goes well when they're around each other. But they both apparently gave each other the message on what's best for everyone, including Caroline.

"Klaus and Stefan had that moment in the cemetery where Stefan basically said, 'I hope I never have to see you again because when I do see you, it causes me a lot of problems,'" Narducci explained. "Klaus kind of just said, 'Do right by Caroline, and if you do that, you'll never have to worry about me again.' Klaus still wants what's best for Caroline. I don't think there's a doubt in anyone's mind that that's the case." 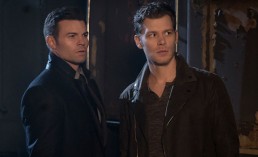 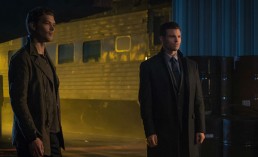 'The Originals' Season 3 Spoilers: Is Series Going To Be Renewed For A Fourth Year? [VIDEO] 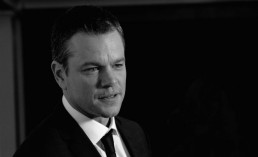