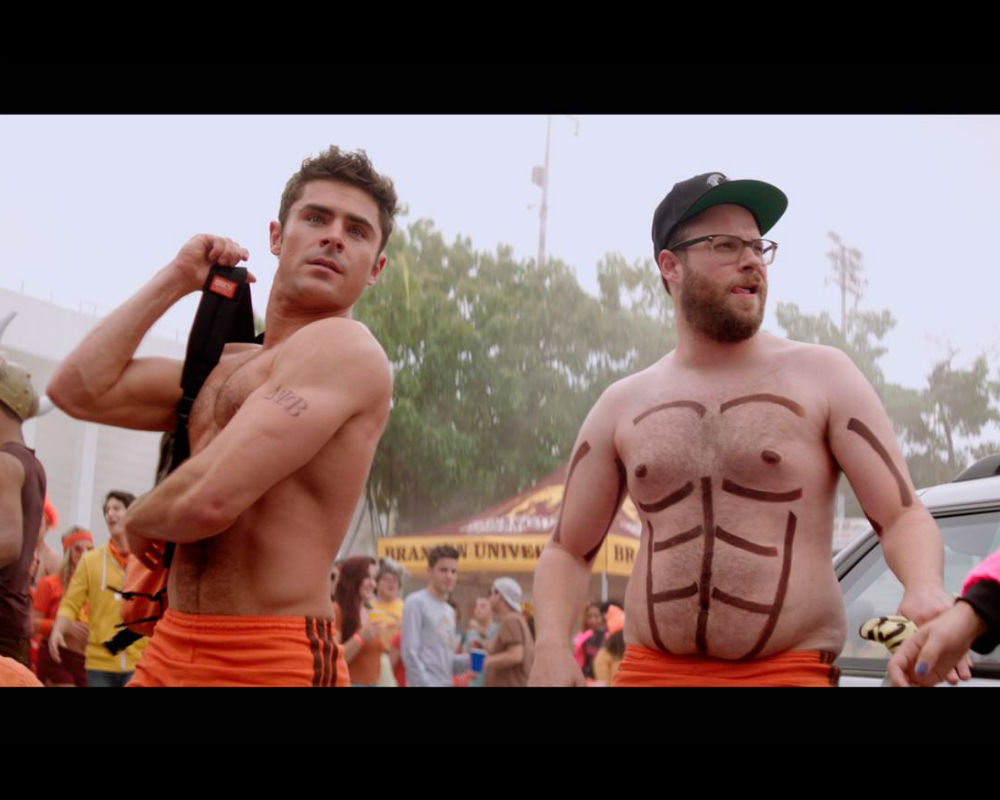 Synopsis: Mac (Seth Rogen) and Kelly Radner (Rose Byrne) are expecting their second child and preparing to move out of their house. They soon reunite with Teddy (Zac Efron) to help battle the sorority sisters of Kappa Kappa Nu led by Shelby (Chloë Grace Moretz) who moved in to their neighboring house after they branched off from Phi Lambda Phi led by Madison (Selena Gomez).

The film is scheduled for a May 20 release.