Heidi Klum and her boy toy Vito Schnabel have been together for quite some time now, and yet he still hasn't put a ring on her finger. That's why there's a new rumor that suggests the former supermodel is doing whatever it takes to keep her boyfriend by her side, despite previous reports that say he might have cheated on her.

According to Star Magazine on Wednesday, both Heidi and Vito were spotted taking yet another tropical vacation together. Eyewitnesses say that the celebrity mother-of-four was "baring her best assets" in front of Schnabel on board a luxury yacht in the Caribbean.

One source dished, "Heidi even gave her much younger boyfriend a little strip tease, after soaking her maxi dress in salty sea water," before adding, "Vito's face said it all!"

The couple haven't been spotted together since the news broke out that Schnabel might have had a "sneaky rendezvous" with '50 Shades of Grey' star Dakota Johnson at a Los Angeles bar late last year. Insiders at the time say that the two were getting very up close and personal, triggering rumors that Schnabel was perhaps being unfaithful to his girlfriend.

Klum for her part has not made any comments about the rumors. The German-born beauty and the art dealer first began their relationship in 2014, two years after she announced her divorce from ex-husband Seal. The former couple share four children together, Leni, Johan, Henry and Lou. Schnabel has been previously linked with a good number of Hollywood beauties, including model Elle MacPherson and actress Demi Moore.

Keep up with Enstars for all the latest news on Heidi Klum, Vito Schnabel and all of your favorite celebrity couples right here. 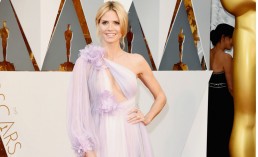 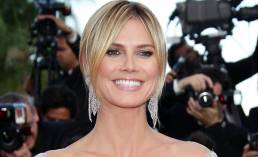 Heidi Klum News: Why Is Model Against Posting Pics Of Her Children Online? [VIDEO]