Kim Richards will be featured during the second part of The Real Housewives of Beverly Hills reunion next week, and during the show, she will once again face off with Lisa Rinna.

Following a dramatic season six finale, which featured Richards accusing Rinna of throwing a "dart" at her while discussing her addiction struggles, the two women will be seen attempting to hash out their issues once and for all.

"I lost my sister to addiction. I know addiction. I wish you well," Rinna tells Richards in a sneak peek at next week's show.

"So why were you not sensitive to that then if you lost your sister?" Yolanda Foster asks.

"Because maybe I'm human," Rinna explains, then turning to Richards and adding, "That was then this is now. I'm moving forward so if you can accept that, that is all I can give you with my heart."

But Foster isn't ready to move on and tells Rinna, "You've got to be careful how you judge somebody."

"And how you talked to Eileen, I mean, come on!" adds Rinna.

"Obviously, something was wrong," Davidson continues, "Clearly, we didn't invent your behavior, but it wasn't like we were looking for something either."

During the episode in question, Richards, who later admitted she had taken one of her late ex-husband's pain pills prior to filming the season five scene, was seen yelling at Rinna, asking her if she was stupid and then telling her, "F**k you."

Months later, Richards suffered an alcohol relapse and was arrested at the Beverly Hills Hotel, where she was charged with public intoxication, resisting an officer, battery on an officer and trespassing.

For more of Kim Richards and her co-stars, tune into The Real Housewives of Beverly Hills reunion part two airing next Tuesday night at 9 p.m., and check out a sneak peek of the new episode below. 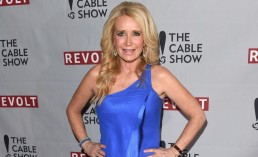 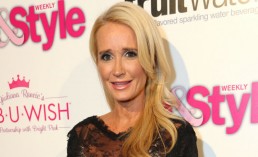