Agents of SHIELD's Fitz and Simmons are sliding between the sheets, ice bucket hands be damned.

If FitzSimmons needed any inducement to take their relationship to the next level, they found it in the latest Inhuman crisis. Daisy (Chloe Bennet) was ripped from their midst courtesy of Hive's (Brett Dalton) little mind games, and SHIELD's loss prompted the science wonder twins to adopted a carpe diem attitude.

Honestly, it's a lesson they should have learned after the season 1 finale, or, at the very least, following Jemma's (Elizabeth Henstridge) little galactic excursion. The universe kept throwing up roadblocks, however, and it took the couple a nit of time to move past their alleged curse.

So, what's next for the couple now that they've done the deed? Essentially, fans should expect Fitz (Iain de Caestecker) and Simmons' lives to continue as normal.

"We imagine they spend the morning after laughing a lot about what just happened," executive producers Jed Whedon and Maurissa Tancharoen told Entertainment Weekly. "We want their relationship to feel like their friendship did, because all the best relationships are just that. So moving forward, while this change in their friendship would hopefully only deepen their connection, it is bound also to make things a bit more complicated."

In the coming episodes, the intrepid researchers will focus their attention on developing an Inhuman cure. Check out what's in store for episode 19, "Failed Experiments":

"Coulson and his team race to combat Hive's control over the Inhumans, as their enemy's deadly plan for the human race is revealed," ABC teased.

Now that Hive has his hands on the ancient Kree artifact, it looks as if there's nothing standing in his way.

Find out more when Agents of SHIELD airs Tuesdays at 9 p.m. ET on ABC. Click the video below to see a preview for the series' next episode. 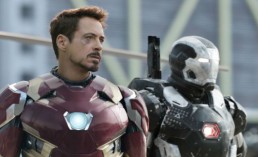 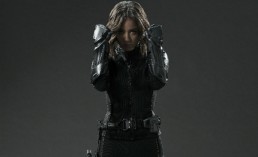 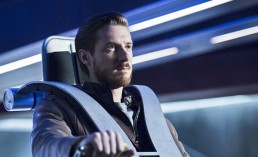 'Legends Of Tomorrow' Spoilers: New Clue To Patrick J Adam's Mystery Character, Is He A Hero Or Villain? [VIDEO]