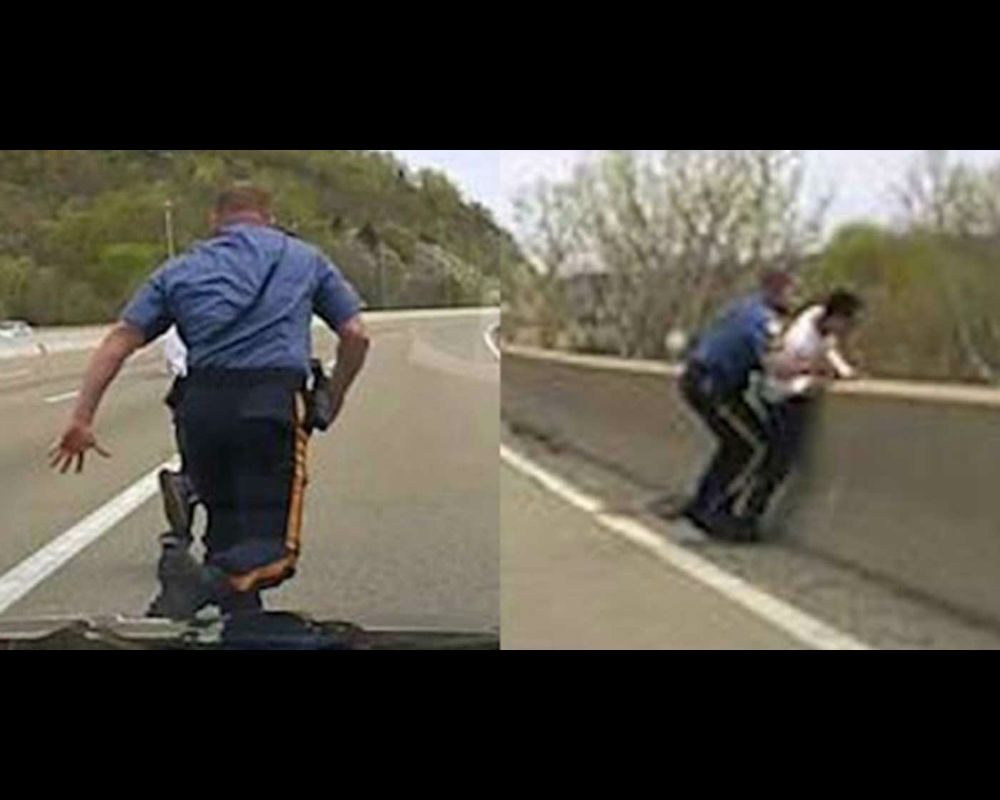 Dramatic video released Tuesday shows the moment a New Jersey police officer saved the life of a man as he tried to jump off a brige.

According to NJ.com, it all went down Monday morning on Route 287 near exit 53 when Riverdale police Sgt. Greg Bogert arrived on the scene in response to multiple reports of a man walking on the ledge of the bridge.

The dash cam video shows shows Sgt. Bogert arriving to find a man standing outside his car parked in on the road. "What's up man?" Bogert says to the man, who within seconds runs for the bridge's ledge. Bogert runs after him yelling "Don't it!" before tackling the man to prevent him from throwing himself off.

"A lot of people don't realize how fast things happen for us, so a lot of it was instinct and reaction, more than training," Bogert, an 18-year veteran of the force, told NBC New York. "There's a lot of good cops in New Jersey," he said. "I don't think that a lot of them get the credit that they're due. And this is nice to see that people are starting to recognize it."

The distraught man is being treated at a nearby hospital. Police are looking for his family in Pennsylvania.