The World Video Game Hall of Fame welcomed its newest inductees on Thursday, as six games, including popular titles such as Space Invaders, The Legend of Zelda, The Oregon Trail, The Sims, Sonic the Hedgehog and Grand Theft Auto III were granted the immense honor of being part of the hallowed list.

The Gaming Hall of Fame, which was established by The Strong Museum in 2015, was aimed at recognizing video games that have enjoyed mass popularity over the years, as well as titles which have contributed to the growth and evolution of the gaming community as a whole.

The ceremony, which was announced at The Strong Museum in Rochester, N.Y., saw the six games beat out their competition to earn the honored title of being the second class of games inducted to the museum's list. Other games vying for the honor this year included popular RPG series Final Fantasy and iconic fighting game Street Fighter II.

According to Jeremy Saucier, assistant director of The Strong's International Center for the History of Electronic Games, Space Invaders, was selected as an inductee due to its contribution to arcade games. Indeed, the popular shooter is considered as one of the most notable arcade games of all time.

Another classic title, The Oregon Trail, was selected due to its contribution to the use of video games in education. The notable title was created by three student teachers back in 1971 as a way to teach students American history.

Of course, popular PC title The Sims was inducted due to its massive flexibility, enabling players to control a community as it grows and matures. With almost 200 million games sold since it was unveiled in 2000, The Sims is widely regarded as the most successful PC franchises of all time.

The inductees for this year were selected after tabulating submissions and nominees worldwide, as well as a panel of journalists, scholars and other individuals knowledgeable about the history and significance of video games. 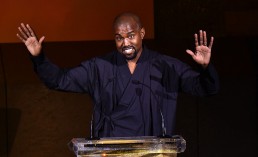