Previous reports confirmed the official release of NBA 2K18 and recently, it was just announced that people who made pre-orders of the professional basketball game can already pre-load it now on Xbox One and PlayStation 4. Because of this, the gamers can install the game to their system so that they can play it even if it already unlocks officially.

In addition, Game Spot claimed that those who pre-order can get the Early Tip-Off Edition which reportedly will be unlocked on September 15 prior to the official release of the NBA 2K18 on September 19. Aside from this, it was also confirmed that the game's Prelude demo is already available which means that gamers no longer need to wait until then to play some parts of the game.

This NBA 2K18 Prelude features a taste of the MyCareer and then it also allows the player to check out the Neighborhoods mode which is considered as the game's new shared social space. Besides Xbox One and PS4, the NBA 2K18 will also be made available to Nintendo Switch, Xbox 360, PS3, and PC ON September 19.

In addition, the 2K Sports just revealed all the new and different features of NBA 2K18's MyTeam mode. One exciting part is that the top 10 players will also be featured based on overall rating plus few more surprises.

Considered as one of the coolest NBA commercials that one can see, it was reported that Damian Lillard and Bill Walton will be part of the new NBA 2K18 trailer. As Neighborhood will be part of the MyPlayer mode, the 2k18 could not resist the appearances by the two.

Because of this, Rip City Project claimed that the said NBA 2K18 trailer is cooler which words cannot describe. In here, the main actor takes a stroll around the neighborhood running into Paul George, Isaiah Thomas, and Joel Embiid.

In what appears to be a record store, the actor greets Lillard but it turns out that this is not just a record store but a Dame's record store. In fact, reports claimed that the attention to details here in the NBA 2K18 trailer is amazing most especially with the promotion of Lillard's stage name. 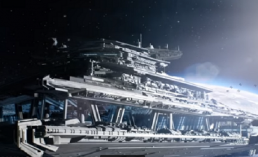 ‘Star Wars Battlefront 2’ Leaks: First Appearance Of The LAAT Vehicle To Be Expected; Heroes Sam With The EA Play