Latest reports confirmed that the NBA 2K18 1.02 is now available on Xbox One and PlayStation 4. Apart from this latest update, it was likewise reported that this will help fix a nasty bug and this was revealed by the developer of the said program.

According to PlayStation Lifestyle, the PS4 will have the official patch notes which simply read as: "it improved the stability of the title in addition to a number of general improvements to the experience of the user". As of now, latest reports claimed that there are several gigabytes of patch for players to download.

It was reported that the bug which has been causing problems to players deleted their MyCareer mode characters apart from losing all of their clothing, badges unlocked by the players and even animations. As of the moment, the details for the NBA 2K18 1.02 are not yet complete and the specifics of the updates are yet to be released soon.

The said bug is impacting the Xbox One owners more and even if the 2K has not fully detailed the patch yet, it reportedly has the ability to fix this problem. Reports also added that there are over four gigabytes worth of patch for players to download be it on PS4 or Xbox One.

2K, on the other hand, listed some details on their support site for those who were impacted by the bug and this calls for the players to create or update their ticket first with the support team of NBA 2K. To help push things along, the players need to send in some important information as their response.

According to Player One, the details which the players need to end in include the history of the players' participation in the NBA 2K18 Prelude, Gamertag, platform, 2K associated Email address, and a description of what happened prior to the occurrence of the issue. Moreover, they also need to send in the dates the save file was created, the position, archetype and overall of the corrupted MyCareer save, and the dates the files were last played which need to be precise.

Apart from that information, the players impacted by the nasty bug need to create a placeholder file so the NBA 2K18 can recover the player's status. The creation of the files needs to follow some specifications like the position, height, attributes, and wingspan which should be the smallest one if possible. 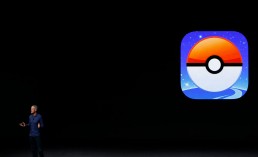