On Sunday, North Carolina Panthers athlete Cam Newton took to Instagram to post a photo of his longtime girlfriend back when she was pregnant with their child, Chosen. In a stunning shot, Proctor holds onto her belly as a sheet wraps around and floats away from her like an angel.

In the caption, Newton wished Proctor a Happy Mother's Day while telling her she is an independent and strong-willed woman.

Proctor gave birth to the couple's baby last December. Ever since he was born, Newton's been using Instagram to post little teases of what their son looks like.

According to a previous post from Hollywood Life, the athlete was stoked to become a dad and has been taking each day one step at a time.

"He has really taken fatherhood very well," a source told the site. "He wants to be the best dad ever and he really is enjoying it. It is a fun experience that he is trying his best to master day by day. He is catching on and really liking it."

As for why the couple came up with the name Chosen, Newton said he wanted to give his son a name that was different, but fitting.

"I wanted something that would be masculine, but yet unique," Newton said in USA Today. "I'm not a big fan of juniors and every person that I've had this conversation when I say, 'I don't want to have the pressure of him being a junior,' they reply, 'what the hell do you think Chosen's going to bring?'" 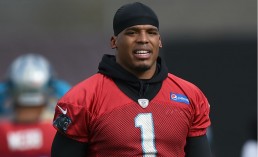 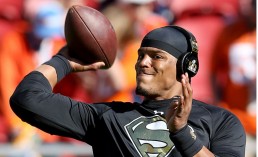