Twin Peaks is finally getting its vinyl reissue as hype continues to build for the upcoming revival.

The Death Waltz Recording Company has announced that the Twin Peaks original soundtrack will be reissued on vinyl in August. The company tweeted this alongside a photo of the reissue artwork:

Twin Peaks.
August 2016.
Sign up to the @MondoNews newsletter to be kept in the loop . pic.twitter.com/yncyjoAtvf

A reissue of the Twin Peaks soundtrack on vinyl has long been desired by fans of the show. After all, the show's haunting melodies and jazz numbers are practically begging to be heard on a record. The soundtrack was a huge part of Twin Peaks' appeal in the early '90s, giving the series an added element of nostalgia for the '50s in particular.

In the mean time, fans are speculating on why original series regulars Piper Laurie (who played Catherine Martell) and Joan Chen (Josie Packard) aren't returning for the Showtime revival. Laurie spoke about her absence in a new interview with Entertainment Weekly.

"I made it very clear to [series co-creator] David [Lynch] and the team that I would be delighted to come back. I had a fantastic time on the original and won lots of awards. I'm surprised and I have no idea why I haven't been called back," Laurie said, admitting she found about the revival when everyone else did. "I did send a note to David that I would be delighted to return, but I think most of the material that I was in on the original didn't really involve the darker aspects of the show, and I can guess maybe that's where David and Mark Frost are going, but I really don't know. My character was more on the silly, comic, fun side."

Meanwhile, a source close to Chen said that her absence from the revival was mainly due to the show's producers not finding a spot for her.

"She was not asked to return. Lynch couldn't find something for her or Piper Laurie that would make sense," the source said. "They had conversations, but couldn't find a way for her to return... She's not upset about it. If she was involved, she would comment on it."

The Twin Peaks revival does not have an official premiere date, but it is expected to air in 2017 on Showtime. 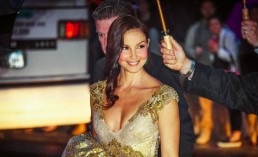 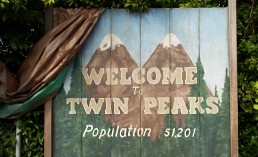 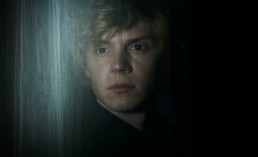