Emma comes face to face with new guy Eli on Scream and it's safe to say that he's suspicious.

On Thursday, Perez Hilton released a sneak peek of what happens when the main character runs into the new character Eli. Even though their interaction is brief, it's pretty obvious that this guy has a bizarre backstory.

Emma's at school closing her locker when Eli happens to be right there when no one else is around. He has a sneaky vibe to him, but Emma tries to roll it off her shoulders.

Eli then starts talking about a Lakewood day, but Emma doesn't seem too interested in having a creepy discussion with the creepy guy. He asks her what she signed up for, but she changes the subject and asks if he's new at the school.

As it turns out, he doesn't go to that school, but he's "thinking about it." He also calls Emma by her first name even though she didn't introduce herself.

So she asks how he knows her name. His response: "Doesn't everyone?"

He then walks away in a calm manner, leaving Emma to wonder what just happened there.

In an exclusive interview with Willa Fitzgerald (Emma), the actress explained Eli's character and what exactly he'll be bringing to the show this season. And there are going to be new secrets to discover along the way.

"Emma meets Eli in a mysterious and slightly nerve-wracking way, which kind of sets up the course that their relationship is gonna take--which is definitely a very windy road," Fitzgerald said. "There's a lot of secrets, a lot of ups and downs and a lot of just negotiating, not only her relationship to this new guy, but also trying to figure out the relationship that Kieran and Eli have, which is much more complicated than Emma realizes." 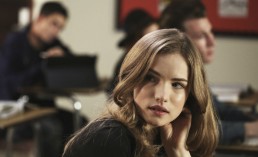 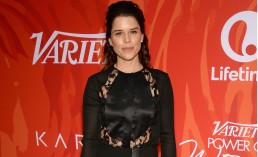 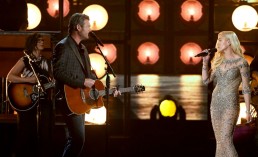