The 100's Clarke Griffin is ready to delete her post-apocalyptic Tinder profile.

It's been a tough few months for the young Arker, but somewhere in between the blood and the terror, the teen managed to coax the light love out of the darkness (twice, for that matter). In the wake of Lexa's (Alycia Debnam-Carey) death, however, Eliza Taylor believes the 18 year old has lost all desire to love again.

"I don't know [if she will love again]. I don't know if that is a possibility for her given what she's just been through," Taylor told fans at Oz Comic-Con on Saturday. "I hope it is, but, in honor of Lexa, I think it would be hard for fans to see."

Lexa's death has been a hot button topic for months now, exposing a raw nerve in the fandom. Taylor kept her panel light, however, focusing on everything that made the Clexa 'ship as beloved as it was. After all, Clarke's decision to fall for the Grounder Commander was one of the actress' favorite pieces of her arc.

For Taylor, a couple of extra episodes with the Heda wouldn't have gone amiss.

"It would've been nice to stretch out the Lexa relationship. That one episode should've been like 3." @MisElizaJane #OzComicCon

Nevertheless, Lexa's departure was the catalyst for one of season 3's most pivitol moments - the discovery of the second AI. Considering the cultural barrier between the Arkers and the Grounders when it comes to such technology - one understood it in a religious capacity while the other referred to it strictly in scientific terms - the death of the Commander was the only way to forward the story.

As season 4 begins, Taylor hopes Clarke will keep her relationships from becoming too intimate. Sliding into bed with the young leader is like signing your own death certificate.

Sex with Clarke seems to be cursed, will you be killing Bellamy next season "I think she needs to keep it in her pants." @MisElizaJane

Find out what the future holds for Clarke and Co. when The 100 returns to The CW this winter. Click the video below to see a promo for the season 3 finale. 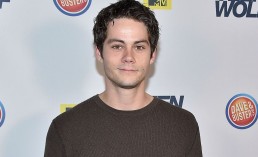 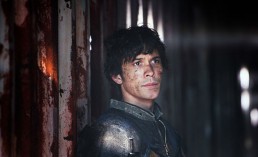 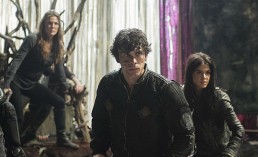