Man of Steel or troubled werewolf? If you're looking for a super(naturally) powered Tyler Hoechlin, you will soon be spoilt for choice.

That's right, folks; Supergirl and the DC TV universe has found its Superman. The former Teen Wolf star will make the jump to National City this fall, trading in his claws for a brand new cape. Supergirl's (Melissa Benoist) cousin is officially in play.

"[Executive producer] Greg [Berlanti] and I have wanted to work with Tyler for ages, so this worked out perfectly because Tyler is Superman," Supergirl showrunner Andrew Kreisberg said. "We are so thrilled and humbled to add another amazing actor to the legacy of this iconic character."

Hoechlin will slip his toned body into Supe's spandex for the first two episodes of season 2. Clark Kent stayed in the shadows while Kara Danvers gained her Supergirl sea legs, but it seems one Kryptonian hero isn't enough for National City. It is currently unknown why Superman will fly into town, but we're willing to bet it has something to do with a certain crater on the outskirts of town.

The exodus from Supergirl's home world played a pivotal role in season 1, and, if our eyes do not deceive us, Kara closed out the freshman run face to face with a brand new Kyrptonian pod.

Do you think Kara will call on her photographer cousin to help with her latest discovery? Find out when Supergirl moves to The CW this October! Click the video below to see a preview for the series' latest episode, "Better Angels." 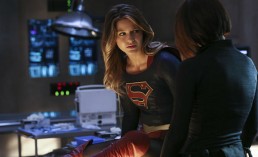 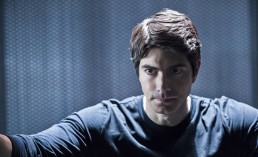 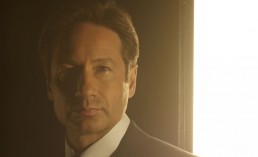