The Facebook page that supports Brock Turner is much creepier than it sounds.

The social media link called 'Brock Turner Family Support' has a bunch of insane posts on how the Stanford swimmer is apparently the victim despite the fact that he was just convicted of raping a woman while she was unconscious. This case turned into a headline mainly due to the fact that the judge sentenced Turner to only six months in jail when he was facing up to 14 years.

On Tuesday, the Facebook page added a post that can only come from a bizarre mind. It mentions that what Turner did to the victim was simply a "mistake" and compared the incident to things that are much less scarring to other people. Whoever wrote this clearly does not believe that Turner's actions were dangerous and harmful.

"We've all made mistakes," the post says. "Whether it's failing to drive in the winning run in your little league game, or over-sleeping and missing an important test, or, like Brock and his companion, drinking too much and getting a bit too touchy-feely."

The crazy statement continues by sending sympathy to Turner and wanting to make him feel like he has people who care about him.

"We all know that sting you feel when it seems like everyone has turned against you and you are alone," it reads. "That is where Brock is at, right now. We want him to know that he isn't alone. In fact, if you are all honest with yourself and stop pointing fingers, you will see a little bit of Brock in all our lives."

Surprisingly enough, this page has managed to receive more than 6,000 supporters. But the comments on all the posts are pretty much anti-Brock. 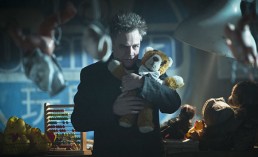