The new BBC miniseries Thirteen is slated to premiere on BBC America Thursday night, but here's how you can watch it on the internet.

Thirteen is a new five-part miniseries that's just premiering now in America, having already premiered in the U.K. this year. The miniseries tells the tale of Ivy Moxam (Jodie Comer), a young woman who has escaped from the cellar she's been kept in for the past 13 years. Focusing on the aftermath of Ivy's imprisonment, her family struggles to come together again.

BBC America has released the following synopsis for the first part:

"After 13 years held captive by her kidnapper, Ivy Moxam escapes from the cellar that has been her prison. Once at the police station, she's interviewed by Detective Inspector Elliott Carne [Richard Rankin] and Detective Sergeant Lisa Merchant [Valene Kane]. Ivy states she'd never been let out all those years, but reveals very little about her captor. As the police locates the house where she'd been held captive, they discover her abductor has fled and destroyed most of the evidence. Looking to Ivy for leads in the case, it's evident to the police that her statement has many loose ends. What is she hiding and why is she protecting the man who harmed her?"

The miniseries will follow Ivy's life after escaping, her dysfunctional family as well as the ongoing case to find her captor.

The first part of Thirteen premieres Thursday at 10 p.m. ET/PT on BBC America.

If you cannot watch the BBC America broadcast of the Thirteen premiere, you can live stream it. BBC America has its own service, and all you need is to input your (or a helpful friend's) cable subscription information. 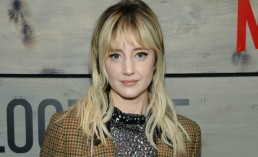 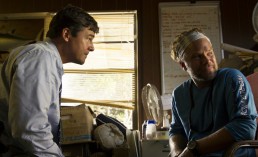 'Bloodline' Season 2 News: Kyle Chandler Explains Why Rayburn Family Is Like Yours [VIDEO] 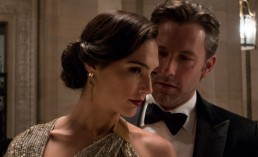