Dan Bilzerian seemed to have a blast in Europe.

In the last couple days, the Instagram celebrity posted photos of how life in another continent has been treating him. He apparently went to France with some attractive girls based on an Instagram photo that shows him getting snuggly with one. Bilzerian has a happy look on his face since they're headed over to Milan after spending time in France. Whether he enjoyed his time there or not, he was not a fan of their food since he wrote in the caption that the dishes "sucked."

The food in France sucked, so we flying to Milan because they have good beef carpaccio

Bilzerian wound up in Italy where he appeared to have a great time.

In another photo, he hung out in a church.

Bilzerian is one of the most popular celebrities to earn his fame on social media. His bizarre photos of topless women, goats in beds, firing guns and gambling plenty of cash has gained him more than 17 million followers.

As much as people may love or hate the guy, Bilzerian's social media master Greg Baroth previously explained to Observer how some celebrities are just about making people talk. 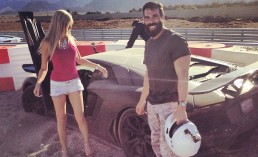 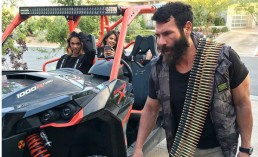 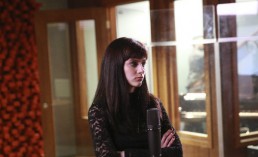 'Nashville' Season 5 Spoilers: Find Out Which Characters Will Not Be Part Of Fifth Year [VIDEO]