Now that The Daily Show with Jon Stewart is gone, a new winner will be crowned in the Outstanding Variety Talk Series at the Emmys.

Before the Emmys voted to split the Variety Series category into Variety Talk and Variety Sketch, The Daily Show with Jon Stewart completely dominated. The series won 10 consecutive Emmys from 2003-12, until The Colbert Report won in 2013 and 2014. When the Variety Talk category was introduced last year, The Daily Show then came back and won again.

Now, both The Daily Show with Jon Stewart and The Colbert Report are done, opening up the door for six relatively newer shows to win that coveted Emmy.

Let's break down the nominees in Variety Talk to see which one might take home the Emmy in September:

6. Comedians in Cars Getting Coffee (Crackle)

The inclusion of Comedians in Cars Getting Coffee was a surprise on Emmy nomination morning. Despite the pedigree of host Jerry Seinfeld, it's not like Crackle is very well known within the industry. It's also a very low budget show compared to its fellow nominees and despite having some great comedy guests every episode, we think the nomination here is the reward.

This is the fifth consecutive nomination for Jimmy Kimmel Live! but despite a few viral moments, the show hasn't had the buzz of previous years. As such, we don't expect the show to catapult to the top of Emmy voters' picks, but with such a wide open category, anything is possible.

Real Time with Bill Maher has 10 previous nominations in the Variety Series category but it has still yet to win. We think it may have more of a chance this time around considering it's an election year, and it's no secret that HBO has dominated at the Emmys for years, but we think another HBO talk show has more buzz at the moment.

Despite very little knowledge of James Corden before he took over as The Late Late Show host, the British comedian has skyrocketed in popularity this TV season. His popular "Carpool Karaoke" segments have become viral hits almost every time he does one, and his hosting gig at the Tony Awards was well received. Of course, he's still a newcomer so we don't expect him to take home the big prize, but it could happen somewhere down the line.

Fallon's Late Night show received three consecutive nominations before he took over as the host of The Tonight Show - which has now scored three consecutive nominations as well. The Tonight Show has long been a well-regarded brand and Fallon has truly become one of the standouts on late night television so a win here is entirely possible. But there's one show we think is just a cut above the rest.

John Oliver's HBO series has all the right elements for an Emmy victory this year. Firstly, it's on HBO, which has traditionally meant good things regardless of genre. Second, he's an alum of The Daily Show. Third, it's an election year, and Oliver frequently covers current events going on in American politics. All these things combined should make Last Week Tonight the heir apparent to The Daily Show and The Colbert Report. 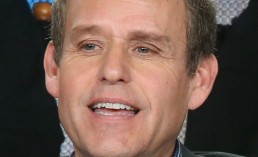 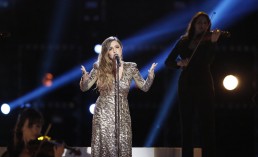 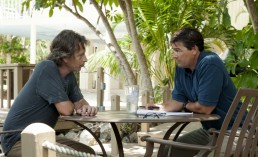