Loni Love has opened up about the first season of The Real without Tamar Braxton and has given a message to critics who have slammed the show for firing Braxton.

Loni stopped by The Tom Joyner Morning Show Friday and opened up about the highly anticipated upcoming third season; which also marks the first episodes that will not feature Braxton as a co-host after she was let go back in May.

“Let me say this about season three of ‘The Real’… we wanna thank the fans for supporting us. Season three is going to be phenomenal. I know there are a lot of changes that are happening. Warner Brothers is making the decision of what they want to do as far as a co-host. I think it’ll be guest co-hosts.”

Loni went on to encourage listeners to “send some love” to the remaining hosts Adrienne Bailon, Tamera Mowry-Housley, and Jeannie Mai, after the ladies received lots of backlash and hate following Braxton’s departure.

“It’s been a hard summer on them,” Loni revealed. “Send some love because it’s been hard. It’s totally different for all of us because we were such a good unit. Nobody knew about [the firing]. It was nobody’s fault. I want the fans to understand that. I think a lot of people are confused about what happened.”

She went on to tell critics to “stop” coming for her and the other women.

“I wanna make that know we need to stop. Stop calling me names on the Internet… Since my ex-boyfriend I’ve never been called that many.. . I didn’t have anything to do with this… They’re calling me all kinds of names.”

As always, Loni went on to wish Braxton the best. See her comments at the 3:26 mark in the video below.

Keep up with Enstars for more on the third season of The Real. 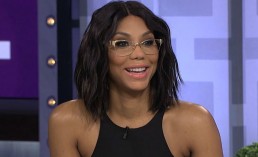 'The Real' Cast: Tamar Braxton Throws Shade At 'That Other Show' [VIDEO] 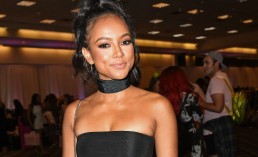 Chris Brown And Karrueche: Tran Is 'Beyond Over' Singing Ex [VIDEO]