Paul Wesley and Phoebe Tonkin had quite the conversation the other day.

The celebrity couple has taken their relationship to the level where one of them can bug the other with adorable cat photos. On Friday, Wesley posted a text conversation he had with his girlfriend where he sent her a picture of a cat with a little heart collar. Apparently, the actor sent Tonkin a lot of images like this since she told him there are "too many cats."

Another photo shows how the discussion over felines continued when Wesley found a sweet photo of some kitties cuddling together. This picture had to be sent since he found this one to be a lot cuter.

Tonkin's response: "Dude. What did I tell you already."

More conversations with @phoebejtonkin A photo posted by Paul Wesley (@paulvedere) on Aug 5, 2016 at 8:58pm PDT

Wesley plays Stefan on CW series The Vampire Diaries while Tonkin plays Hayley on spin-off The Originals. The two finally worked together in a crossover episode earlier this year, something Wesley was proud to be a part of.

"It was crazy, I had never worked with her before," the actor told Entertainment Tonight. "It was very funny, we talked about it, but we literally never rehearsed [the scene] or ran it. We just said, 'Let's just do it when we get to set' because otherwise it would just be awkward, and it was cool. It actually wasn't in the least bit uncomfortable or awkward. It was just kind of like we just did it and we were both in it and we both committed to it. It was nice, it was funny." 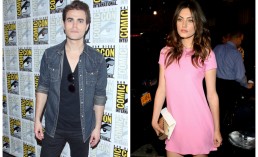 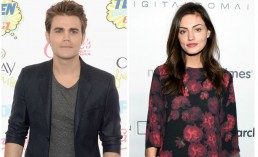 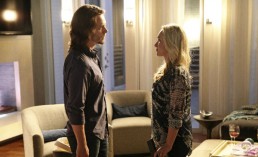 'Nashville' Season 5 News: Find Out Why Series Couldn't Be Renewed On ABC [VIDEO]