Laverne Cox is about to start in a CBS drama, but don't expect her to leave Orange Is the New Black.

Cox's groundbreaking role as Sophia Burset in Orange Is the New Black is what brought the actress to worldwide fame. Now she is set to have a supporting role in a new CBS show called Doubt, becoming the first trans actress to be a main cast member in network television.

Yet, even as her career continues to rise, she still has a place at the Litchfield Penitentiary. The actress explained at the Television Critics Association press tour on Wednesday how she is filming for both roles.

"Oh god, that has been very tricky. We're trying to figure out when I get back to New York to shoot some more 'Orange'," she said. "That's still a work in progress, but I'm so blessed that they really wanted to keep writing for Sophia over at 'Orange' and that we have brilliant writers writing for Cameron here. It's just an embarrassment of riches and I'm really, really grateful to be a part of all these projects that I really, really love. To be doing work that I love."

Cox also discussed her meteoric rise to prominence after grappling with an eviction notice just a few years ago.

"I visualized it, I dreamed it. I think you have to begin to manifest things before they happen and so I dreamed about it and I worked towards this moment for a really long time," Cox observed. "I've been really lucky. As [Oprah Winfrey] reminds us, 'Luck is when preparation meets opportunity.' So maybe I'm just prepared."

Cox was not featured prominently in the most recent fourth season of Orange Is the New Black, with Sophia being in the SHU for most of the season. However, she is back in the general prison population now so her presence on the show should hypothetically increase.

Orange Is the New Black season 5 drops next summer on Netflix, while the first four seasons are available to stream now. 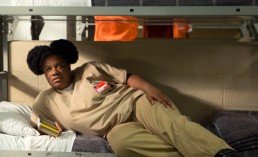 'Orange Is the New Black' Season 4 News: Why Adrienne C. Moore Is Proud To Call Herself A Fan [VIDEO] 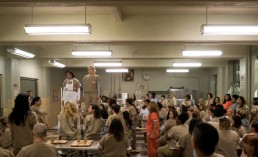 'Orange Is the New Black' Season 4 Spoilers: Why Did That Death Have To Happen? [VIDEO] 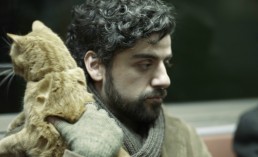