Ryan Lochte has spoken out after he was accused of lying about getting robbed in Rio while swimming for Team USA in the 2016 Olympics.

“We’re victims in this,” Lochte told Today’s Matt Lauer earlier this week. He said the group who robbed him acted like they were police officers and pulled out a gun and put it up to his head when he wouldn’t give in to what they wanted from him.

He initially told Billy Bush, “The guy pulled out his gun, he cocked it, put it to my forehead and said ‘get down.’ I was like I put my hands up. I was like ‘whatever.’ He took our money, he took my wallet.”

But when speaking to Lauer, he said the gun was aimed in a “general direction” toward him.

Still, he switched his story when he told Lauer the details later. He said that the group was at a gas station when the alleged incident happened.

As for the others U.S. Swimmers who were with Lochte, Gunnar Bentz and Jack Conger were removed from a plane by authorities in Brazil Wednesday night. They were let go “with the understanding that they would continue their discussions about the incident on Thursday.”

Jimmy Feigen is said to still be in Brazil and working with the officials there.

If the story turns out to be false, the other swimmers could be facing charges for false or misleading statements. 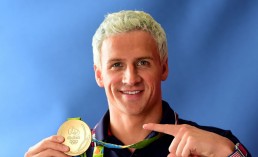 Ryan Lochte Robbed: U.S. Swimmer Ordered To Stay In Brazil After Being Held At Gunpoint [VIDEO] 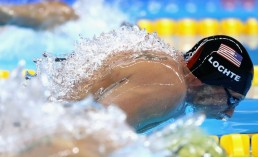 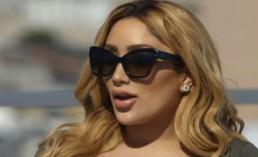 'Love And Hip Hop Hollywood' Season 3: Nikki Mudarris On What Really Happened Between Her & Fizz [VIDEO]