Joey Graceffa spent some time with two furry pals over the weekend.

On Saturday, the YouTube celebrity took to his Instagram page to post a photo of two dogs as they hang around outdoors and look to be in a pleasant mood. And they seemed to have a fulfilling day with Graceffa since he mentioned that he was on an "early morning hike with these handsome devils!"

Graceffa's videos online have led him to a good haul of popularity all over social media with more than four million followers on Instagram alone. He is currently dating Daniel Preda, someone he met online.

In a previous report from People, it was revealed that both of the guys have parents who've dealt with alcoholism so this was one way they were able to confide in each other.

"Being able to relate to somebody on that level is so foreign in LA or any big city, especially when you're new," Preda said. "It was one of the realest conversations I'd had."

See photos of the happy couple below.

So happy and lucky to have met this boy 2 years ago! I'm so in love with you @misterpreda thanks for making me the happiest boy in the world every day! A photo posted by Joey Graceffa (@joeygraceffa) on Jul 17, 2016 at 10:12am PDT 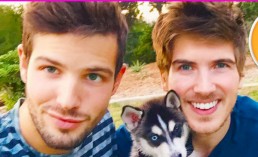 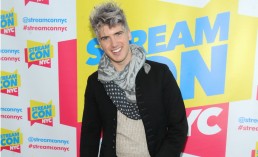 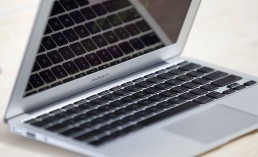