British lawmakers have expressed their disappointment at the current anti-terrorism systems being implemented by the internet's social media giants. In a report released on Tuesday, the U.K. parliament's Home Affairs Select Committee criticized sites like Facebook, Twitter and YouTube, stating that the big three internet firms were "consciously failing" to stop the spread of terrorist-related activities online.

Keith Vaz, chairman of the parliamentary committee, stated that the internet firms have so far acted irresponsibly with regards to the spread of extremist propaganda online. The lawmaker further suggested that Facebook, Twitter and YouTube hire more people in order to monitor and address terrorism-related online activities.

"Huge corporations like Google, Facebook and Twitter, with their billion dollar incomes, are consciously failing to tackle this threat and passing the buck by hiding behind their supranational status, despite knowing that their sites are being used by the instigators of terror," Vaz said.

"They are very powerful organizations making a lot of money and therefore they should devote more of their resources and time, and more people, to solving this problem. When they see a preacher of hate espousing radicalization they should take down the video - and that's what we need to see happen."

Though the British lawmakers' statements were quite damning, social media giants Facebook, YouTube and Twitter have responded to the accusations, stating that several anti-terrorism systems and initiatives have already been put in place.

Director of policy for Facebook UK Simon Milner said in a statement to BBC News that the social media giant is doing all it can to curb the spread of hateful and radical content being uploaded to the platform.

"Terrorists and the support of terrorist activity are not allowed on Facebook and we deal swiftly and robustly with reports of terrorism-related content. In the rare instances that we identify accounts or material as terrorist, we'll also look for and remove relevant associated accounts and content," Milner said.

Twitter has also released a statement on the matter, stating that it has already suspended about 235,000 accounts related to extremist groups over the last six months.

"As noted by numerous third parties, our efforts continue to drive meaningful results, including a significant shift in this type of activity off of Twitter," the microblogging platform stated.

A spokesman for YouTube asserted the same point, stating that the Google-owned video-streaming website is working closely with authorities in order to curb the spread of terrorism-related content.

"We take our role in combating the spread of extremist material very seriously. We remove content that incites violence, terminate accounts run by terrorist organizations, and respond to legal requests to remove content that breaks UK law," the spokesman stated.

"We'll continue to work with government and law enforcement authorities to explore what more can be done to tackle radicalization." 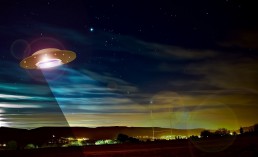 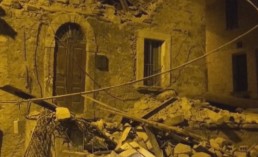 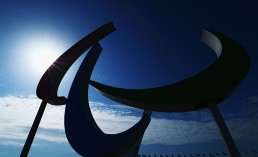 Rio Paralympics 2016: Russian Athletes To Be Banned From Event, After Failed Appeal [VIDEO]