Laurie Hernandez will apparently be competing on the next season of ABC's Dancing With the Stars!

Hernandez, who was part of this year's U.S. women's gymnastics team, is reportedly joining Dancing With the Stars for season 23, according to sources via Entertainment Tonight. At 16 years old, Hernandez would be one of the youngest celebrities to compete on the show in its history.

The possibility of Hernandez competing on Dancing With the Stars was first brought up by one of the show's pro dancers, Mark Ballas, who tweeted excitedly about her during the Olympics:

Ballas has experience dancing with Olympians, even dancing with Hernandez's "Final Five" teammate, Aly Raisman, in season 16. He also led Olympians Kristi Yamaguchi and Shawn Johnson to victories in seasons 6 and 8, respectively.

There were rumors earlier in the month that Hernandez's teammate Simone Biles might be joining Dancing With the Stars, though she stressed in an interview that she was simply too busy to compete in the upcoming fall season. However, she did indicate that she might be interested for season 24 in the spring.

As for the pros, it has been confirmed that Lindsay Arnold, Sharna Burgess, Witney Carson, Maks Chmerkovskiy, Val Chmerkovskiy, Sasha Farber, Allison Holker, Jenna Johnson, Gleb Savchenko and Emma Slater are returning. There are also rumors of Derek Hough and Cheryl Burke returning.

Hough's sister, Julianne Hough, is also rumored to be coming back as a permanent judge this season. She would be joining Carrie Ann Inaba, Len Goodman and Bruno Tonioli. Tom Bergeron and Erin Andrews are returning as hosts. 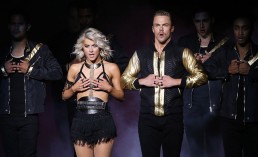 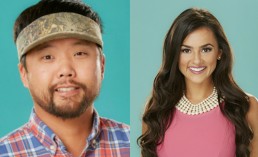 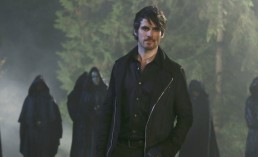 'Once Upon a Time' Season 6 Spoilers: Jolly Roger To 'Go Up Against A Submarine'? [VIDEO]