Captain Nemo (Faran Tahir) will be introduced in the sixth season of ABC's Once Upon a Time!

Captain Nemo, from the Disney classic 20,000 Leagues Under the Sea, is set to making his Once Upon a Time this fall.

"We're thrilled to give a 'Once Upon a Time' spin to the classic character of Captain Nemo from one of our favorite Disney films, '20,000 Leagues Under the Sea'," executive producers Adam Horowitz and Edward Kitsis said in a new statement. "We're excited to see his mythology merge with Storybrooke's own captain - Hook [Colin O'Donoghue]. If for no other reason than to see the Jolly Roger go up against a submarine."

Meanwhile, Hook won't change much even after returning from the Underworld. The pirate will continue to work things out with Emma (Jennifer Morrison) in season 6.

"He's pretty much the same Hook," O'Donoghue teased previously to Entertainment Weekly. "Now that they know it's true love with Emma, they're trying to figure out how to navigate being together. We might find out a few things about his past." Horowitz added, "There is more of Hook's past that we delve into and some surprising secrets that have been harbored."

Kitsis also previously discussed whether wedding bells might be in Emma and Hook's futures - especially after fans spotted a wedding dress during one of their scenes at the end of season 5. 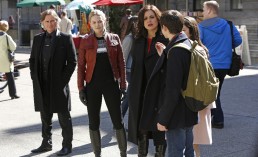 'Once Upon a Time' Season 6 News: Episodes To Explore 'What Is Happiness?' [VIDEO] 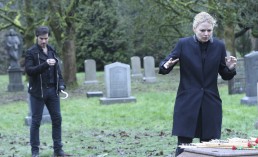 'Once Upon a Time' Season 6 News: Emma Learns Secret With 'Serious Consequences'? [VIDEO] 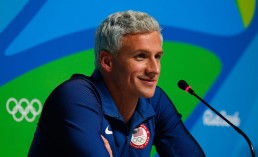