Things may not be quite as picture perfect for The Bachelorette star JoJo Fletcher and her fiance Jordan Rodgers as they seem, with a new report suggesting the couple's engagement has been rocked by allegations of cheating.

According to OK! Magazine, the allegations by Rodgers' ex, Brittany Farrar on social media have continued to haunt Fletcher, as Farrar took to Instagram not only at the beginning of the season to reveal that Rodgers had cheated on her during their relationship, but also did again a couple of weeks ago as well. And now, she is reportedly "freaking out" that he could do the same thing to her.

"JoJo is frewaking out about Jodran's ex-girlfriend's rant," a source said. "It's making her question their entire relationship. She's devastated that he could have treated another woman like this, because if he could cheat and lie to his girlfriend of three-and-a-half years so easily, why wouldn't he do the same to her?"

However, the source maintains that even though she's nervous about possibly making a huge mistake, she plans to stay in her relationship for the time being because as a couple, they're receiving endorsement deals and money that are too good to pass up by ending the engagement.

Farrar's first post initially called out Rodgers for cheating, while her second indicated that the proof she had shared was being deleted to try and preserve his image.

Riding the bench doesn't get in the way of a relationship, but cheating does. #yourpitchisntperfect @jrodgers11 #alwayswantedtobefamous #dreamscometrue #tuneinnextweekformoreBS @bacheloretteabc

"Riding the bench doesn't get in the way of a relationship, but cheating does. "Yourpitchisntpewrfect @jrodgers11 #alwayswantedtobefamous #dreamscometrue #tuneinnextweekformoreBS @bacheloretteabc," she captioned the first post.

Rodgers has not addressed the accusations on his own Instagram account, though Fletcher appeared to show her fiance some support shortly after Farrar's second post with one of her own where she referred to him as a "loving, kind hearted and selfless" man.

So proud of this boy right here-- Not only is he the most loving, kindhearted and selfless man.. But also unbelievably hardworking and driven. Congrats on your first week w/ the SEC Network bubbi! You deserve it. @jrodgers11 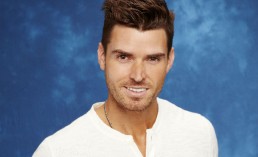 'The Bachelor' Season 21: Will Luke Pell Be The Next Man To Find Love On Series? [VIDEO] 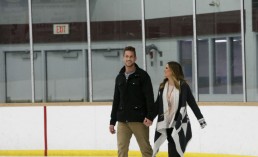