The beef has continued for Taraji P. Henson of Fox’s Empire and rapper 50 Cent, who created Power on Starz; but this time it appears to be more than fun and games.

It started when 50 Cent blasted his ex-girlfriend and Henson’s Empire co-star Vivica A. Fox on Instagram.

He put a side-by-side up of Fox and another woman with the caption, “I don’t know why people would want to cross me. I would stay out of my way, if I wasn’t me because I’m gonna keep winning. I think they do it for attention, then they get more attention then they want. I told you POWER was the show to watch… now Empire lol forget it. #EFFENVODKA”

That’s when Henson stepped in and commented on the photo to jump to Fox, who plays Henson’s sister on Empire, defense.

“I prob should leave this alone but I despise bullies!!!” she wrote. “Never understood that #crabsinabarrell syndrome. But at least some aren’t falling for the silly BS!!! I don’t know about y’all but I REALLY love to see OTHER ppl win. So sad. USE YOUR ‘POWER’ to unite the ppl and uplift us ALL!!!! #DoBetter #ThereIsALWAYS roomForAll @50cent a I’ll advise cause I am proud of YOUR accomplishments black MAN. Maybe your karma is blocking your blessings #Emmys…”

Fox responded and thanked Henson for her support as she also made it clear she was “#unbothered” by 50’s antics.

Henson has since deleted her comment but see it below via The Shade Room.

See more of the history of 50 Cent and Henson’s beef below. 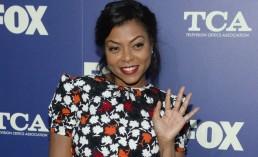 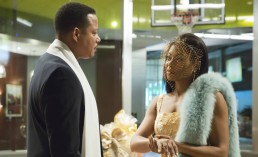 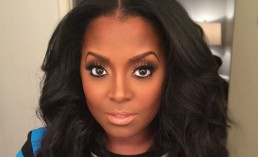