The final season of Fox's Bones will feature all sorts of memorable moments when it premieres in 2017.

Fox has released a synopsis for the final season of Bones, previewing what fans should expect from the final 12 episodes of the series.

"The final season's 12-episode run will celebrate the inventive series and bring the storylines of Brennan [Emily Deschanel], Booth [David Boreanaz] and the Jeffersonian-FBI team to a close, allowing the show's loyal fans to say goodbye to these indelible characters," the synopsis reads. "Over the course of the farewell season, fans will experience deaths, a wedding, epic serial killer storylines and an undercover episode."

Bones watchers will surely be excited to have one final "undercover" episode, which have become fan favorites over the years. Meanwhile, the cast has already previewed the wedding and deaths expected in season 12. Tamara Taylor (who plays Cam) and T.J. Then (Hodgins) spoke on this in a Paste interview.

"Apparently people are going to die. We hope it's not us," Taylor quipped. "Yeah, I think there are a few surprises. They're definitely going to kick it up a few notches."

"I think we lose a couple characters. At least two. A couple of deaths, and a wedding!" Thyne added.

As for Boreanaz, the actor is already feeling nostalgic.

"Going back, shooting the final season to me is like shooting the pilot," Boreanaz explained. "Like, work episode-to-episode, moment-to-moment, share those and you just create a show. Then, you don't know where it's gonna go. Pilot turns into a pick-up, and then you got 22 episodes, and then you get Season 2, and you're like 'What's gonna happen?' And it just evolved! And we're lucky and fortunate, and I've always maintained going back to the core relationship and working that-that's what I really look forward to. It's not an end; it's just like, growth. You go on, you do things, but you put it to bed in a way, it's like 'Okay, well we're not gonna be on those stages anymore.' We're gonna be sad and not see certain people and crew members. So, that will take its course."

Bones season 12 premieres in 2017 on Fox, though the network has not yet announced a specific premiere date. 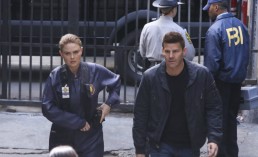 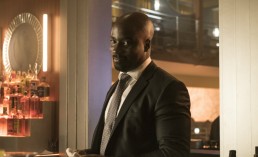 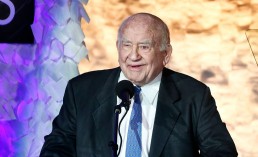