The shifting Final 3 dynamic in the Big Brother 18 house seems to have settled, with two houseguests seeming more and more like they are taking each other to the end.

We are down to the final week in the Big Brother 18 house, and it all comes down to this. Paul won Part 1 of the final HOH competition while Nicole won Part 2, making James ineligible to win the competition. Nicole and Paul will face each other on Wednesday night's live finale, to decide the final HOH of the summer, who will then have to choose who to evict and who to bring with them to the Final 2.

So what would Nicole or Paul do if they were to win that final HOH? Paul has been talking with Nicole almost incessantly about wanting to take her to the end, saying James has done nothing all season but he could win in a bitter jury scenario. Nicole has been less direct about her plans, though Sunday on the live feeds showed just how much Paul has convinced her that her best option is to go to the end with him, not James.

Nicole had a talk with James Sunday night asking him to come up with reasons she should take him to the end. She also told him directly that he probably had the votes to win, while James mostly said that he wouldn't be mad at her if she evicted him. He also said that their games were similar and that he wanted two "vets" in the end.

Nicole later spoke with Paul and recalled her chat with James, telling him pretty much everything that happened. At this point, it's looking like Nicole and Paul will be taking each other to the end no matter who wins. Unless James pulls something off on Nicole in these final few days, he will probably become the final juror. 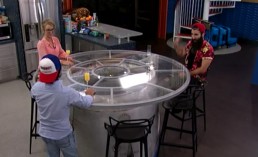 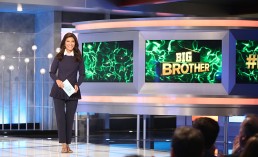 'Big Brother 18' Update: Why Julie Chen Is 'Disappointed' In Both James & Nicole [VIDEO] 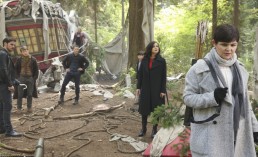 'Once Upon a Time' Season 6 Spoilers: Will Henry Bring Emma, Regina & Snow Together? [VIDEO]