Sarah Paulson has played some truly outlandish characters on FX's American Horror Story thus far, but nothing compares to what she's doing this season.

Yet it's in this current season that Paulson said she is playing her weirdest role on American Horror Story thus far.

"I think it's actually what I'm doing on season six," Paulson told Entertainment Weekly, adding, "There's nothing extreme about her except for the situation that she's in. So that is weirdly the weirdest thing I've ever done on 'American Horror Story'."

Paulson's character has had to deal with a great number of troubles in just two episodes of the new season. From teeth falling from the sky to almost drowning in the hot tub to discovering an animalistic colony in the woods, there's no telling what Shelby might have to grapple with next. After all, a huge twist is also being hyped up for the sixth episode of the season.

Paulson also told Entertainment Weekly that it has been a fun experience so far, especially considering how different Roanoke is from previous season.

"I got the first two scripts and I just said, 'I think this is just the most fun! This is the most extreme departure," she said. "It's not operatic. There aren't a lot of fish-eye lenses. It doesn't look like 'American Horror Story' in the way that we have come to know it."

Watch the promo for the next episode of American Horror Story: Roanoke below: 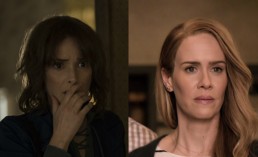 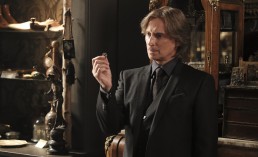 'Once Upon a Time' Season 6 Spoilers: Can Belle & Rumple's Unborn Child Save Their Relationship? [VIDEO] 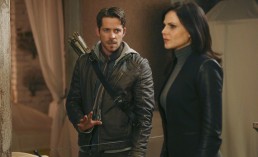 'Once Upon a Time' Season 6 Spoilers: Sean Maguire Coming Back For 'Unexpected' Arc? [VIDEO]