The friendship of Kanye West and Jay Z may have well ended up in slamming of raps, after another alleged feud by Kanye and Drake. The rap world may not be in harmony right now as they are slamming each other, either by Instagram or on their concerts. Following the recent Kim Kardashian gunpoint robbery trauma, Kanye West felt disappointed on Jay Z's recent behavior towards their situation.

In a recent report by HipHopDX, Kanye West at his Saint Pablo Tour in Seattle, Wahington when the controversial rant sparked while he was doing the concert. The Fade singer expressed his frustration "with Hov over TIDAL/Apple politics" and how the "bullshit" between the two streaming titans ultimately blocked his "Pop Style" verse from appearing on Drake's VIEWS album. When asked to explain further on his comments, reps for Kanye West confirmed that he is not referring to "any" rapper in particular.

But Kanye West cannot contain his disappointed and added that Jay Z called him after Kim Kardashian was terribly robbed in Paris that almost took her life. But that was not what the Famous hit maker expected from a good friend, and he commented during his tour in Seattle "Don't call me, after the robbery, and say 'how you feeling?' You wanna know how I'm feeling? Come by the house. Bring the kids by the house. Like we're brothers. Let's sit down,' 'Nye blasted." According to MetroUK, Kanye West is obviously irritated that he was ranting the whole time, causing distaste from Jay Z and Beyonce's fans and eventually bashing the Hip Hop recording artist.

In a separate article, Jay Z may have other issues against Kanye West that caused him to give distance on their friendship, a source revealed that Jiggy only wanted money from West and was just using him, only for business reasons. Whatever the reason may be, their sixteen years of friendship may be reeling on its end, but hopefully not on making good music together. 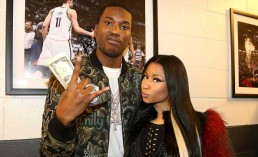 Will Drake win over Nicki Minaj's heart despite his playboy image? Meek Mill seems to be exasperated 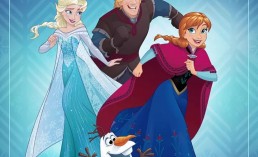 Will it be Rihanna or Taylor Swift to be the voice of Elsa; Idina Menzel cast out? 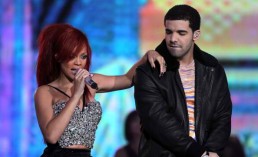 Rihanna, Drake separated by tight schedules, give chance for right time in the future?