With the election officially one week away, voters are gearing up to decide whether they will elect Donald Trump or Hillary Clinton as the next President of the United States-and the race is tighter than ever.

The margin between the two candidates is a small one, almost miniscule, with polls either showing Clinton ahead by roughly two points, or Trump ahead by one. And while both candidates have things plaguing them and making them seem as though they may not be the best choice for President, there are some valid concerns about Donald Trump that may be worth considering.

Here are four things that are concerning about the possibility of a Donald Trump Presidency:

His History With Taxes

It's no secret anymore that Donald Trump used a loophole in the Tax Code that allowed him to not pay any Federal Income Taxes in the past 18 years, but that isn't the only concern about him regarding his taxes. It has recently emerged that he also used a maneuver in the 1990s that was later outlawed by Congress which allowed him to also avoid reporting hundred of millions of dollars in taxable income. Now while these maneuvers are or were legal when he used them, they, plus his refusal to release his tax returns at all, have raise serious questions about how he would handle taxes as President. Not only does he look like he's hiding something much bigger by not releasing the returns, but the fact that he used the loopholes, and referred to himself as "smart" for doing so, makes it hard to believe he wouldn't find ways to continue benefiting other billionaires when it came to lowering taxes as President.

His Views On Women

Donald Trump's views about women have been a hot button issue throughout the campaign, especially in the last month, following the leaked tape from 2005 and several women coming forward to share stories about how he groped them or kissed them without permission. He denied all of those claims, but even if they were proven to be untrue (of which none have yet been), it does not change a big thing about him that has been proven-he has a very chauvinistic view about women in general. Any woman he has not deemed to be attractive has been referred to as fat or ugly, and one of the women who did come forward with an accusation was also ridiculed in such a way, where Trump insinuated that she was "too ugly" for him to actually try and assault. Such a claim is alarming because it implies that women are merely sexual objects to him, and if they are ones he considerd attractive enough, their "prize" for being so attractive is that they can have unsolicited advances made on them.

His Ties To Russia

Russian ties have been a sticking point in this campaign, with both Trump and Clinton claiming the other has ties to the country that are dangerous. However, an investigation was done into Trump and his potential connection, and while nothing was found, the fact that the investigation has not been made public, unlike the one into emails that may or may not implicate Hillary Clinton of wrongdoing, which was announced as being looked into again with less than two weeks before the election. In fact, FBI Director James Comey has not publicly discussed that investigation at all, but has done so about the ongoing look into emails about Clinton, something that has angered her supporters because neither investigation has turned up conclusive results, yet only one has been acknowledged, and it was done so extremely close to the election.

In addition, Trump's continued positive comments about Vladimir Putin do suggest that he has an admiration for him, something that could prove to be extremely dangerous.

He Hasn't Really Outlined Any Policies

Perhaps the most concerning thing about Donald Trump however is that while he has announced plans for what he would do regarding the country if he was elected President, he has yet to outline just how he would go about these actual plans. Without informing voters about just how he plans to actually improve our security, reduce crime, reduce taxes, and tackle other hot button issues, there is no guarantee he will even accomplish the things he claims he will. 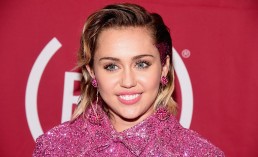 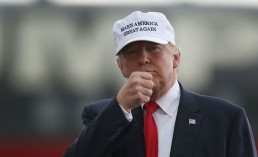 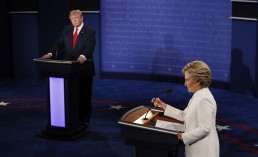