Cara Delevingne, English fashion model and actress has stamped The Sun "shameless" and deprecated the paper for using "women's bodies to sell papers" after the newspaper run a story that claimed the model had been dropped from the Victoria's Secret fashion show 2014 because she was "bloated".

The controversy started when, the newspaper published an article under the headline: "Heavenly body-shaming: Victoria's Secret blast 'bloated' "last week, on 30th October. The article claimed the lingerie brand's casting panel rejected that 24-year old actress during the audition for the 2014 catwalk show. Delevingne had been the part of Victoria's Secret fashion show in 2012 and 2013.

Model and actress Cara Delevingne took the new report seriously and responded to the article by posting a letter she received from Edward Razek, Victoria's Secret CMO and executive producer of the Fashion Show, Mail Online reports.  The actress shared the letter with her 35 million followers on her Instagram page.

The letter specifically denies The Sun's claims and explained that Delevingne could not walk in 2014 show because she was engaged in shooting a movie in North Carolina.

Further, Razek added that it is our privileged to have Cara on board and company hadtried everything to involve her at the 2014 show in London. But she was not avaliable due to her filming commitments.

Later, Edward Razek has invited her to join this year's show in Paris in December 2016 confirming that no audition would be necessary, BBC reports.

Meanwhile Cara is focusing on her acting career and finished the shooting of period drama "Tulip Fever" alongside Alicia Vikander and Judi Dench. The movie will be released in February 2017.

Till now, no representative from The Sun has responded against the letter from Victoria's Secret. The tabloid has also removed that controversial article from its website. 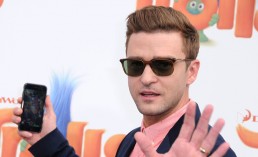 Will Justin Timberlake’s voting selfie get him in legal trouble?