It was a great surprise to see how the "Guardians of the Galaxy" was beautifully prepared by the director James Gunn and Marvel Studios to hit the theatres and simultaneously invented a unique talking raccoon and also a tree to life.

But truth survived and Rocket Raccoon and Groot came into existence with a voice by popular Bradley Cooper and the famous Vin Diesel.

Now the news about the release of the "Guardians of the Galaxy 2" creates a great hullabaloo as the returns of the two characters are again going to hit the big screen.

"Marvel studios" has already taken a step to begin their journey of production by releasing a picture of the five key characters of the film just before the release of the "Guardians of the Galaxy 2" in 2017.

It is absolutely an effective tease. But the best part is one of the key characters the baby Groot.

According to COLLIDER say that in the new sequel baby Groot will remain as the baby Groot and audiences are going to taste a set of new dimensions with the character can have the same memories as it had in the first film.

Diesel also has opined that audiences are going to love this character more as the character is going to learn many things from the beginning and this must create new fun in the movie.

Even Vin Diesel uttered that "we're going to see this goofy, adorable, baby Groot thing running around the screen. Just kinda learning as he goes."

"It is true that Diesel has all the right to think that audiences must love the new sequel as the previous one is a great hit. Honestly speaking, the character of Groot played a great role in the previous movie to create a new set of enthusiasm among the people.

Hollywood Life reveals that with the childlike activities, Groot has attracted almost all the viewers, and also occupied some best moments with a lot of fun.

It is hoped that an official trailer may be by the end of the current year as it is going to release on 5 May 2017. Now fans of the "Guardians" and the  baby Groot have to wait and think about the surprising and interesting facts that are going to explore in the next year. 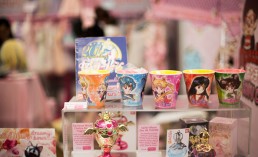 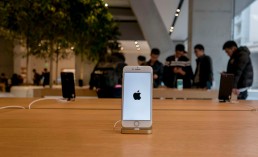