There is some good news for fans of The Amazing Race as they impatiently await the premiere of the show's 29th season.

Per Phil Keoghan, the show's host, the series will return to CBS in the new year, meaning that fans can at least be assured the show will be back at some point. However, he also has to confirm he doesn't know exactly when in 2017 the show will be on the air.

What I can tell you is #TAR29 of #AmazingRace will be on in 2017 what I can't tell you is a specific date #SorryAboutThatChief https://t.co/0KtZQNSSMV

"@AmazingRaceCBS where the hell is season 29???? @PhilKeoghan do you know???" One fan asked him on Twitter.

"What I can tell you about #TAR29 of #TheAmazingRace will be on in 2017 what I can't tell you is a specific date #SorryAboutThatChief," he responded.

Keoghan has been candid on social media with fans who ask him questions about the show, openly admitting over the last few months that he genuinely did not know when the show was coming back, or why CBS had even omitted it from the fall schedule.

The show normally ran two seasons a year, one during the Spring and one during the Fall, previously on Sunday Nights, before switching to Friday Nights a few seasons back. Ratings did drop off at times, but the show had been perceived to still be a steady enough performer.

The last few seasons have also seen a few with gimmicks attached when it came to how the teams featured were determined. Season 26 saw all couples, with five in pre-existing relationships, while five others were set up on blind dates by producers. None of the couples managed to find love, but the $1 million prize was won by one of the blind dates. Season 28 also saw a themed season, when the teams were comprised solely of social media stars. That was won by Matt Steffanina and Dana Borriello.

It's been reported that the 29th season follows a similar format as Season 26, with teams chosen at the starting line after all single racers complete a task, and are then paired off based on the place they finish in for that task. It was filmed earlier this year.

'The Amazing Race' Season 29 Update: Why Is Show Still Not Being Given A Home On CBS Line-Up? [VIDEO] 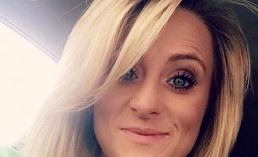 'The Amazing Race' Season 29 Update: Everything We Know So Far About Delayed Race Around The World [VIDEO]