Leah Messer is a brand new woman following a 2015 stint in rehab.

According to the Teen Mom 2 star's latest social media posts, she's learned to love herself and has been reaping the benefits of doing so.

"The only way to become the greateat version of yourself is through pure self love," Messer's message, which was a quote by Dr. Steve Maraboli, read. "When you love yourself, you're able to set boundaries that foster a positive and nourishing environment that fuels your growth. Release anything that is toxic to your soul. Remember that your thoughts dictate how you feel and how you feel determines the quality of your life. Reach for the best feeling thought on all subjects. If there isn't a good thought to associate with a subject, allow yourself to let go of it. You cultivate your surroundings by the choices you make and the thoughts you think. What you focus on grows and activates an energy within you. Be true to you and to all that you are. Doing so will put you in alignment with the greatest and most beautiful part of you!"

Messer entered a treatment facility in Arizona in May of last year and remained at the facility for 30 days. Following her stint in rehab, Messer claimed to have entered treatment due to anxiety and depression. Meanwhile, rumors regarding an addiction to drugs swirled.

Leah Messer and her family have been in production on the upcoming season of Teen Mom 2 for the past several weeks. However, no premiere date has been set by the network for the series' return to MTV.

Heather Dubrow Quits: Does She Leave 'RHOC' After Season 11? [VIDEO] 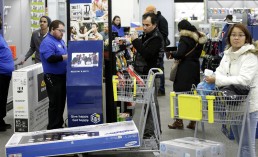