Bye Bye Birdie is the next live musical event to be adapted to television - here's everything you need to know about it so far.

Here's what we know at this point about Bye Bye Birdie Live!:

The musical is inspired by Elvis Presley

Bye Bye Birdie is probably the least familiar property NBC has adapted yet, so it's safe to assume many young viewers won't be as aware of what to expect. The musical takes inspiration from Elvis Presley being drafted into the Army - in this case, the Elvis surrogate is a rockstar named Conrad Birdie. The story centers on songwriter Albert Peterson and his girlfriend Rosie, who come up with the idea to have Conrad kiss one of his young female fans on The Ed Sullivan Show as a symbolic goodbye to his fans.

Jennifer Lopez is the star

I am SO excited to be a part of NBC's next live musical #ByeByeBirdieLive! pic.twitter.com/QEaYmlOFUj

Jennifer Lopez is set to play Rosie in Bye Bye Birdie Live!, and will also executive produce the project. The singer/actress actually pitched the idea to NBC executives. "Broadway musicals and films fueled my childhood and 'Bye Bye Birdie' was one of my favorites," Lopez said in a statement. "I'm proud to be a part of the NBC family with 'Shades of Blue' and I thought it would be a blast to take on one of their big live musicals."

JLo has already incorporated one of the songs at her concerts

Lopez already has experience with at least one aspect of Bye Bye Birdie. She has sung one of the production's songs, "Lot of Livin'", at her Las Vegas residency. Before becoming the artist she is today, Lopez actually performed in productions of Jesus Christ Superstar and Oklahoma!, so she does have previous theater experience.

Harvey Fierstein is adapting it

Fierstein, who reprised his Tony-winning role as Edna Turnblad in Hairspray Live! (and also adapted the original Hairspray book for the production), will be adapting the Bye Bye Birdie musical as well. He also previously adapted The Wiz Live!, which went on to great critical acclaim.

Several adaptations have already been made

The average person may be most familiar with the 1963 movie Bye Bye Birdie starring Janet Leigh and Dick Van Dyke, but the property has seen various adaptations over the years. In addition to the 1960 musical the movie was based on, the story has been adapted to a 1995 TV movie starring Vanessa Williams and Jason Alexander and has been brought back several times on stage. 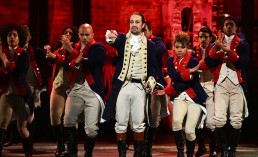 Live TV Musicals 2017: 5 Broadway Productions That Should Be Adapted Next, After 'Hairspray' [VIDEO] 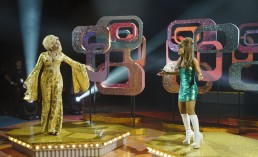