It was revealed that Gideon (Giles Matthey) was the hooded figure from Emma's (Jennifer Morrison) vision that surprised everyone as he might be the new baddie after he turned the Evil Queen (Lana Parilla) into a snake. This revelation is said to have an affect the storyline on the continuation of Once Upon a Time Season 6 in March 2017.

As ABC now released the trailer for the show's new episode, there are speculations that its plot is about to change with the appearance of Gideon, the son of Belle (Emilie de Ravin) and Rumpelstiltskin (Robert Carlyle). The new baddie is said to have the dark magic and the one who is destined to kill Emma, reports Siver Times.

In the trailer of Once Upon a Time Season 6, it is seen that David (Josh Dallas) asked Belle if her son arrived to kill Emma that the latter sadly admitted. Hence, the future of Emma now depends on how will her and Gideon's sword fight will end, but one thing is for sure, things are about to change in the continuation of the fairy tale television series.

Meanwhile, the show's co-creator Eddy Kitsis revealed that it is actually Emma's fate to die in Once Upon a Time Season 6. "Emma is fated to die and that is the destiny that we learned all Saviors face. That is going to be coming to a head," he told Entertainment Weekly.

Kitsis explained that the storyline surrounding the future of Emma will be at a critical stage in the second half of the show. Her mortality, on the other hand, might also resound in the television series' season finale.

"It is going to resonate in the finale and it will definitely come to a head in the next half of the season when we return," he added. 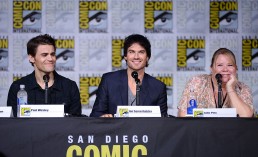 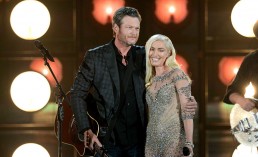