The fans of Walt Disney Animation Studios have been clamoring for the coming of Frozen 2 since the confirmation of it has been long announced. With a lot of rumors and fan-made theories being made, it has been said that Queen Elsa is set to meet someone that will make her fall in love.

In the first movie of Frozen, it has been seen that Princess Anna was partnered with Kristoff. Although her first love interest is Prince Hans, there was a change of heart and she was led to a kinder guy, per the film's IMDb page.

Of course, Queen Elsa too is set to meet the love of her life in the coming Frozen 2. According to reports, it will be revealed that ruler of Arendelle will have a female partner while others want her to have a prince charming.

Anyhow, one thing is for sure. Queen Elsa is going to meet the love of her life and fall in love in the movie sequel. Meanwhile, there are no concrete details as of yet about the much-awaited second film.

It was in 2013 when Frozen was released in cinemas. Three years have passed and fans are still waiting for the coming of Frozen 2. People behind the success of the original film are staying mum about the sequel, but the stars of the movie already confirmed it's coming.

On Frozen 2's official IMDb page, it is noted that the film will still be directed by Chris Buck and Jennifer Lee. It will also star by the same lead characters, Kristin Bell as Anna and Idina Menzel as Elsa.

The rumor mill also cited that Frozen 2 is set to be released in 2017. But as there is no official news about it as of now, it is quite far to be seen next year. "We haven't, actually. I thought we were about to start recording, but I was mistaken. So, we haven't begun yet. They're putting the finishing touches on the script," Bell said in an interview. 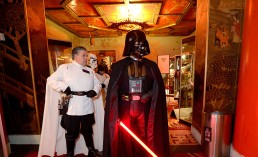 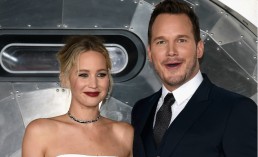 'Passengers' 2016: Chris Pratt & Jennifer Lawrence's Hijinks On Set Got Them In Trouble? [VIDEO]