BBC One's drama series, Poldark, has been one of the shows that is highly anticipated by fans and viewers. Since airing its last episode for the second season on November this year, loyal followers of the series have been looking forward on the upcoming season set to be released next year.

In July, BBC One has announced that Poldark has been renewed for a third season, right before airing the premiere for the season 2. After the finale episode, several speculations and rumors have rapidly appeared online regarding on the possible events that are expected to be happening on the upcoming new season.

According to a report from Digital Spy, production for Season 3 has already begun as well as filming for the episodes, which was revealed to have its location in Cornwall. As per the source, lead cast from the previous seasons will reprise their roles, including Aidan Turner as Captain Ross Poldark, Eleanor Tomlinson as Demelza and Heida Reed as Elizabeth.

Moreover, new cast will reportedly be joining the series next year. This will include actors Harry Richardson and Tom York who will play as Demelza's brothers Drake and Sam. Emma Tregirls will also join the cast and will portray the character Ciara Charter.

According to the mentioned source, Ciara and Sam are characters that are going to have their own love affair which will add more drama to the series. Producers have reportedly said that this is one of the events that fans should watch out for.

Meanwhile, the lead character, Ross Poldark, is never going to learn from his mistakes in the past and will continue to be the character that the audience have known him for. Debbie Horsefield, one of Poldark's executive producer, shared about what the viewers will expect with the character on the upcoming season.

"Ross is older, but not necessary wiser, and his recklessness sometimes costs him and his loved ones, dear, we're in for a rollercoaster ride where the stakes have never been higher."

It has been speculated that Ross and Elizabeth Warleggan will end up in season 3 even though Elizabeth is set to marry another man. The Week has reported that her pregnancy will cause Ross a dilemma as many have been thinking that he had raped her and will cause a conflict with him and George Warleggan.

These are just few of what viewers may expect when the drama series returns next year. It has been speculated that Poldark season 3 will premiere in mid 2017. 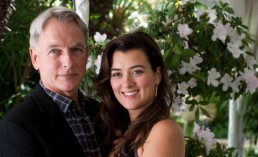