Come 2017 and the long wait for the popular political thrillerScandal Season 6 will come to an end.

The ABC TV series, Scandal Season 6 is all set to premiere next year and it promises to be full of dramatic twists and turns. What is more, Season 7 has also received the green light.

Scandal Season 6 will be returning in January and the premiere episode is titled Survival of the Fittest, reports International Business Times. The poster tagline of the upcoming season hints at a lot of changes and also indicates a shift in the balance of power.

Olivia Pope (Kerry Washington) will be at the center of major events and it will focus on her and the rest of the crew. However, it might not necessarily be in her favor as she might lose some of her official power.

Shonda Rhimes has already hinted at it but overall, Pope will be happy and hopeful. Also, viewers should be ready to watch her in overcoats and huge handbags as Kerry Washington, who plays Olivia Pope, shot Season 6 when she was pregnant in real life. Coming to the new face, Season 6 would see Jake getting a new wife as Jessalyn Gilsig will replace Joelle Carter, claims TV Guide.

Carter left Scandal because she had Chicago Justice coming up on NBC and she was a series regular over there. Also, Gilsig is not the only new face as she will be accompanied by Zoe Perry.

Season 6 also has an explosion scene and the trailer shows one featuring Liv and Abby in a hospital. This does cause one to worry but it remains to be seen how things will eventually play out.

Is the title Survival of the Fittest literally about the survival of the explosion victim or is there something more profound hidden in the words. One does not really know and will have to wait till next month to get the answers. 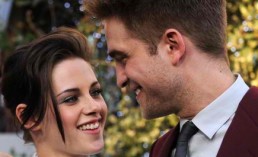