The search for the superstar is still on for the Boston Celtics. It is no secrets that the Celtics are trying to build a competitive team to contend with powerhouse teams like the Cleveland Cavaliers and Golden State Warriors. Now, reports are saying that a possible trade deal with the Washington Wizards could be what they might be looking for with John Wall as a potential target.

Wall, who've been always mentioned to numerous trade deals, was again on the hot seat of rumors mills as of late. Being regarded as one of the high-caliber point guards in the league today, many teams are showing an interest in acquiring him from the Wizards.

And as the Wizards continue to struggle, many believe that they might let go of Wall and try to maximize his value to get good players in return. According to The Inquisitr, though Wall will be an unrestricted free agent in 2019, the Wizards must move to re-sign him this early or be left out in cold once he became a free agent.

Currently, the Wizards are holding a 13-16 win-loss record and sitting at the 10th spot of the Eastern Conference standing. However, if they fail to surround Wall with ample help to support him, the franchise may continue to slide down and could be the reason for Wall to leave the team.

With this impending scenario, the Wizards might as well look to bring in younger players and get ready for the future as per stated in the report. And now, a proposed trade deal between the Boston Celtics and Washington Wizards seems to be viable for both teams. Trade scenario is saying that John Wall could be heading to Beantown in exchange for Avery Bradley who would be joining the Wizards.

Looking straight on the trade makes it plausible to both teams (a swap of guards for both squad) however establishing the value of each player gives the Celtics a huge edge on the swap. Bradley has proven his value a dependable scorer and rebounder for Boston but Wall is a recognized All-Star and the Wizards will not lure to give up an established player for a potential one like Bradley.

Aside from that, the trade will not work under NBA trade rules and salary cap restriction as the Celtics will be over the salary cap once they absorb Wall's contract as per checking with ESPN NBA Trade Machine.

Nevertheless, the rumored deal between the Boston Celtics and Washington Wizards involving John Wall and Avery Bradley is not reasonable for the Wizards unless the Celtics are willing to give up more assets to make this deal happen. 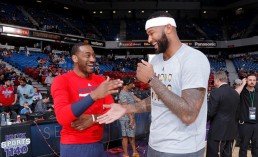 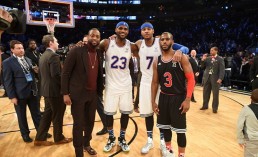 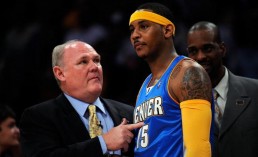