The Philadelphia 76ers continue to struggle heading into the second month of the NBA regular season. NBA trade rumors online are speculating that a possible trade deal with the Boston Celtics could be the answer to their misery with Nerlens Noel and Marcus Smart as part of the deal.

Noel, who've been mentioned in numerous trade deals the past few months, is once again in the hot seat of the rumor mills. Just recently, he expressed his disappointment after playing for just eight minutes after the 76ers lost to the Los Angeles Lakers. And it seems like the 76ers management is seriously considering of trading before the trade deadline.

Meanwhile, earlier reports are saying that the Celtics is looking for a big man that is capable of protecting the rim for them aside from contributing on the offensive end. Though they already have Tyler Zeller, Kelly Olynyk, Amir Johnson and Jonas Jerebko patrolling the middle, they are not offensive-minded players that could provide support down low.

Now, a proposed trade deal between the Boston Celtics and Philadelphia 76ers could be in discussion right now. Trade scenario is suggesting that the 76ers will send center Nerlens Noel to the Celtics in exchange for guard Marcus Smart.

Some say that the trade would solve both team issues. Having Noel will finally give the Celtics the needed big man to toughen their interior defense. Aside from that, Noel is one of the young, talented and athletic players who can surely provide ample help to a team cause if given enough playing minutes.

On the other hand, Smart will give the 76ers a true point guard which they badly need. Smart have already shown his potential running the offense for the Celtics which the 76ers will truly benefit if ever this trade pushes thru.

The trade will be a legal deal for both teams as it passes NBA trade rules and salary cap restriction as per checking with ESPN NBA Trade Machine. It is now in the hands of both teams if they are willing to engage and make this trade happen.

Will the Philadelphia 76ers finally release Nerlens Noel to the Boston Celtics for Marcus Smart before the NBA trade deadline? 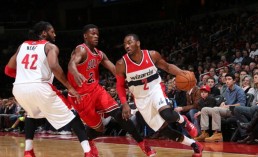 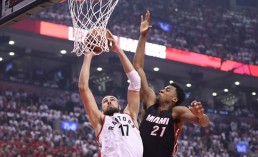 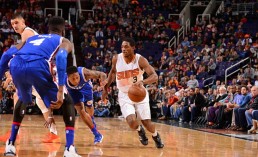