This is really disheartening news for the fans of Girl Meets World as actor Rider Strong has said that the series has ended. So, is Season 3 the final installment for the Disney series?

Girl Meets World Season 3 is most likely the last season of the Disney series. Rider Strong who plays Shawn Hunter, has said that the series has ended following the production on Season 3, reports TVLine.

The actor said on his podcast that he and his brother were directing a lot of episodes and he acted in a couple and the show ended. However, viewers can find relief in the fact that there has been no official announcement yet.

Disney has not released any statement in this regard but what has come out is a tweet from the writers of the show. The Twitter account run by the writers denied the claim of the actor.

They also said that there is no official word as yet and the decision of Disney on Season 4 is coming soon. Lastly, they emphasized that officially Girl Meets World Season 3 ends with 3 episodes in January.

Still, fans are apprehensive and have been venting out their frustration and fear on social media. While one fan commented that he feels like crying, another complained that the girl did not even get to meet the world and the show is ending.

One fan put up a strong face saying that until an announcement is made, he would not believe that the series is cancelled. Another cried foul that there are other bad shows on Disney but the viewers need Girl Meets World.

Well, it seems the title of the last episode i.e. Girl Meets Goodbye has made the fans skeptical about the series and they feel inclined to believe what Rider Strong has to say. The title is pretty self-explanatory.  Since the cast list includes almost all the characters, it does feel like Girl Meets World Season 3 is indeed the final one for this Disney series.

The finale of Girl Meets World Season 3 is scheduled to air on Jan 20. 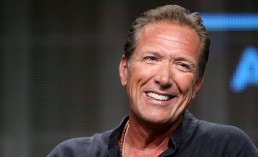 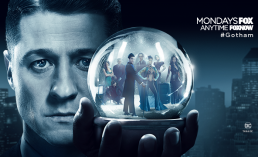